A leader of the Hamas terror group yesterday jumped into the emotional debate on the plan to construct a mosque near Ground Zero — insisting Muslims “have to build” it there. “We have to build everywhere,” said Mahmoud al-Zahar, a co-founder of Hamas and the organization’s chief on the Gaza Strip. “In every area we have, [as] Muslim[s], we have to pray, and this mosque is the only site of prayer,” he said on “Aaron Klein Investigative Radio” on WABC.

“We have to build the mosque, as you are allowed to build the church and Israelis are building their holy places.” Hamas, he added, “is representing the vast majority of the Arabic and Islamic world — especially the Islamic side.”

The Post could not reach Imam Rauf, Daisy Khan, or apparently anyone from the Cordoba Initiative for comment.

“This is what we’ve been saying … Imam Rauf is a radical Muslim who will not call Hamas a terror group.” A retired firefighter who was a first responder on 9/11, Brown lost 100 of his FDNY friends at the Twin Towers. “How much evidence do we need that this guy is a radical Muslim?” he asked. “If Rauf really were a bridge builder and an interfaith guy and all the things he professes to be, he wouldn’t be doing this to people.”

Hamas continues to be designated a terrorist organization. It was first designated as such in 1995.

Sheikh Ahmed Yassin founded Hamas in 1987 as an offshoot of Egypt’s Muslim Brotherhood. In 2008, five leaders of the Holy Land Foundation (HLF) were federally prosecuted for transferring more than $12 million to Hamas. The Muslim Brotherhood also created the Council of American-Islamic Relations (CAIR), Islamic Society of North America (ISNA), and International Institute of Islamic Thought (IIIT), and both Egyptian Islamic Jihad (EIJ) and al Qaeda are offshoot organizations.

CAIR and ISNA were un-indicated co-conspirators, and the IIIT was shown to be one, in the HLF trial. The IIIT and ISNA financed a special edition of the publication of Ground Zero mosque imam’s book in 2007 for distribution to mosques and Islamic centers around America: 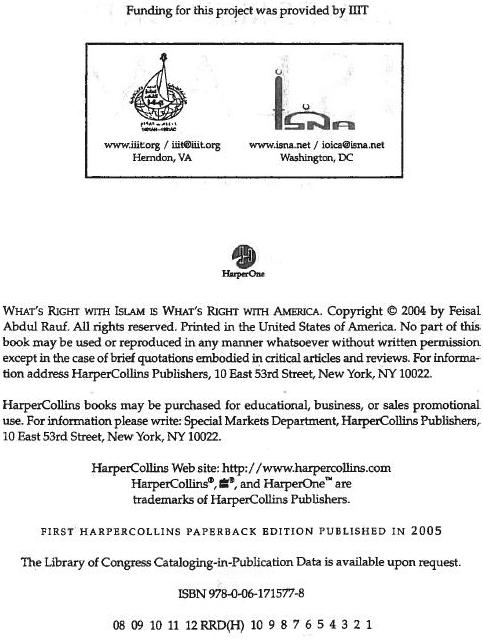