On January 15, 2009, George W. Bush, the 43rd President of the United States, delivered his farewell address to the nation. 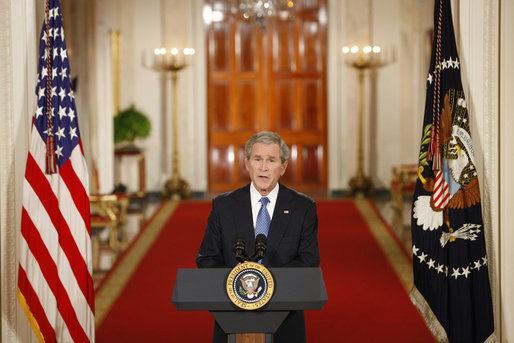 Once upon a time it was September 11, 2001, and our homeland came under attack. On that fateful Tuesday morning 40 free people, the passengers and crew aboard United Flight 93, seized the opportunity to launch a counterattack against our enemy. Though each of the 40 — including our son Todd — was killed in action, together they succeeded in preventing the additional loss of life on the ground and, most likely, further disaster in our nation’s Capital. This day, this event, this true story of courage in action needs to be remembered and told to future generations of Americans and free people from everywhere.