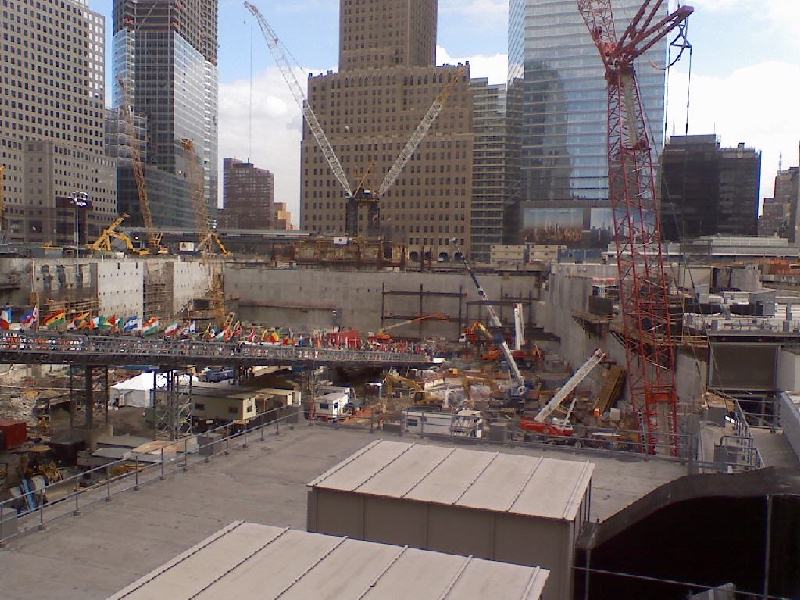 The Port Authority of New York and New Jersey has a problem. It cannot figure out how to build an unnecessary Path train station without delaying by years the building of the National September 11 Memorial and Museum at the World Trade Center. Within that problem, the Port Authority has another, as an editorial in today’s New York Daily News reveals:

The high-powered committee guiding the redevelopment of Ground Zero will decide Thursday whether to hold the Port Authority to its highest obligation: finishing the permanent 9/11 memorial by the 10th anniversary of the terror attack. And not a day later.

The panel will meet for one of the final times before the PA releases a revamped plan for finishing the project — with commitments on completion dates and price tags.

At the top of the agenda must be a rock-solid determination to meet the 9/11/11 deadline.

Six years ago today we laid Joe Leavey to rest on what would have been his 46th birthday. He was a loving husband and father, a loyal son, and the younger brother of three sisters who admired the fine man they had watched him grow to be. I first met Joe in 1977 soon after he graduated with a degree in engineering from Manhattan College; Patty, my wife of 29 years, is the youngest of those three sisters.

FDNY Lieutenant Joseph G. Leavey is also a 9/11 hero who led four Ladder 15 firefighters to the 78th floor of the World Trade Center’s South Tower, fought fire, struggled to reach those trapped above, and died so that others might live.

While my family will long remember, the national memorial that is to bear his name will depict nothing of his sacrifice. It will be surrounded by trees and running water will flow beneath where 3,000 names are etched into metal. Yet not one ounce of the millions of tons of the World Trade Center’s steel will be used to create the memorial and there are no plans to display the artifacts close by.

Nothing depicting the heroism or carnage of 9/11 will be above ground at Ground Zero — and no American flag will fly over where American heroes fell. Not far away, they will bury a museum and a turning point in history.

It is with that knowledge that I must agree with Duncan Maxwell Anderson’s assessment of our memorials.