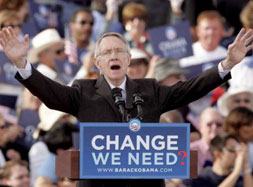 Carol Rosenberg – Miami Herald: GUANTANAMO BAY, Cuba — In a prison camps first, the Obama administration Tuesday dispatched members of a detainee review team here to speak directly with 17 captives from China who were swept up in the war on terror and ultimately cleared of being enemies of America. The six-member delegation included lawyers from the Justice, State and Homeland Security departments, according to U.S. military sources, who spoke on condition of anonymity because only the Justice Department was allowed to officially disclose the mission. They were to spend a minimum of one hour with each of the Uighur captives (pronounced WEE-gurs), who are part of China’s Muslim minority and who risk religious persecution were they returned to their homeland.

Reviewing the Uighurs detention, the inter-agency panel found that they weren’t the ignorant, innocent goatherds the White House believed them to be. The committee determined they were too dangerous to release because they were members of the ETIM terrorist group, the “East Turkistan Islamic Movement,” and because their presence at the al-Queda training camp was no accident. There is now no ETIM terrorist cell in the United States: there will be one if these Uighurs are released into the United States.

According to Defense Department sources, the White House legal office has told the inter-agency review group to re-do their findings to come up with the opposite answer.

This morning the Financial Times is reporting:

Two government officials told the FT that the task force had advocated releasing two of the 17 Uighurs — Muslims from Xinjiang province — held at Guantánamo as part of the effort to fulfil the president’s pledge to close the US detention facility on Cuba within a year. The White House was now wavering from its original intention to implement the recommendation under pressure from Congress. One official said the administration had originally overruled the homeland security department and Federal Bureau of Investigation, who had “screamed bloody murder” Dean Boyd, a justice department spokesman, said: “We have no announcements on whether any final decision has been made with respect to the disposition of the Uighurs or other detainees at Guantánamo, or on the claim of interagency ­disagreements.”

“Screamed bloody murder?” You’d think the DHS and FBI were trying to prevent another 9/11 or something. That 6-person review team must be down at Gitmo trying to figure out which two will be the lucky terrorists to set loose on America.

Update III, 12:30 pm EDT: Michelle Malkin reports that the Senate crushed the funding to close Gitmo, 90 to 6, and a federal judge ruled indefinite detentions can continue. It will be interesting to see which six Senators voted to bring terrorists into America.

3 comments for “Senator Reid’s Gitmo truth: ‘You can’t put them in prison unless you release them’ (see updates)”