I’ll skip down a ways so you have a better idea of where Mr. Bell is coming from:

…it is no disrespect to the victims of 9/11, or to the men and women of our armed forces, to say that, by the standards of past wars, the war against terrorism has so far inflicted a very small human cost on the United States. As an instance of mass murder, the attacks were unspeakable, but they still pale in comparison with any number of military assaults on civilian targets of the recent past, from Hiroshima on down.

Even if one counts our dead in Iraq and Afghanistan as casualties of the war against terrorism, which brings us to about 6,500, we should remember that roughly the same number of Americans die every two months in automobile accidents.

Of course, the 9/11 attacks also conjured up the possibility of far deadlier attacks to come. But then, we were hardly ignorant of these threats before, as a glance at just about any thriller from the 1990s will testify. And despite the even more nightmarish fantasies of the post-9/11 era (e.g. the TV show “24’s” nuclear attack on Los Angeles), Islamist terrorists have not come close to deploying weapons other than knives, guns and conventional explosives. A war it may be, but does it really deserve comparison to World War II and its 50 million dead? Not every adversary is an apocalyptic threat.

So why has there been such an overreaction? [emphasis added mine] Unfortunately, the commentators who detect one have generally explained it in a tired, predictably ideological way: calling the United States a uniquely paranoid aggressor that always overreacts to provocation.

What number would have satisfied Mr. Bell. I mean, how many needed to die on 9/11, in all the previous attacks, and in future attacks by Islamofascists for America to no longer be a “paranoid aggressor?”

While “only” 2,973 people died on 9/11, they died at the rate of 29 people per minute. Taking Mr. Bell’s opening scenario one step further, had Islamofascists murdered 29 people here during every minute of the year following 8:46 a.m. EST on 9/11, more than 11 million would have been slaughtered. Is that a few more than the United States loses in traffic accidents each year, Mr. Bell?

Mr. Bell contends that “it is no disrespect to the victims of 9/11” for him to say, “they still pale in comparison with any number of military assaults on civilian targets of the recent past, from Hiroshima on down.” Meaning, America should never use overwhelming force, no matter how many lives it ultimately saves.

Mr. Bell is obviously a high-minded and hindsighted historian who also thinks America had not yet suffered enough when it used nuclear weapons to end Japan’s resistance. If say, after a few million Japanese and 250,000 Americans died (the number most historians estimate would have died during an invasion) and we had found ourselves in a “quagmire,” would have it then been alright, Mr. Bell, for America to have nuked Hiroshima and Nagasaki?

Surely, Mr. Bell thinks Saddam Hussein slaughtering 320,000 of his own people, paying $25,000 to the families of Palestian suicide-bombers, his willingness to reconstitute his weapons of mass destruction programs, and training of 2,000 foreign terrorists each year from 1998 to 2002 was not enough to justify our invasion. I think Saddam Husseim needed to be stopped yet moralists like Mr. Bell need the bodies to be stacked far higher.

Mr. Bell ended his commentary with this:

Yet as the comparison with the Soviet experience should remind us, the war against terrorism has not yet been much of a war at all, let alone a war to end all wars. It is a messy, difficult, long-term struggle against exceptionally dangerous criminals who actually like nothing better than being put on the same level of historical importance as Hitler — can you imagine a better recruiting tool? To fight them effectively, we need coolness, resolve and stamina. But we also need to overcome long habit and remind ourselves that not every enemy is in fact a threat to our existence.

My family needs no further proof about this enemy’s intent. 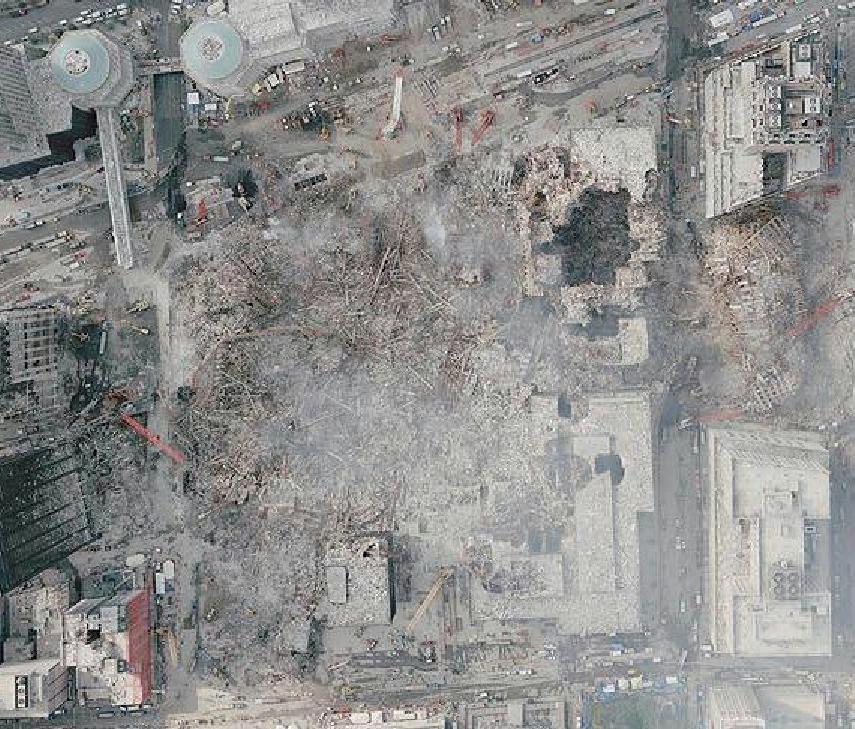 While we visit only one grave, that number is already too high.

I wonder how many members of his family would Islamofascists need to kill before Mr. Bell came to that same conclusion. Surely he hopes to never learn the answer to that question.