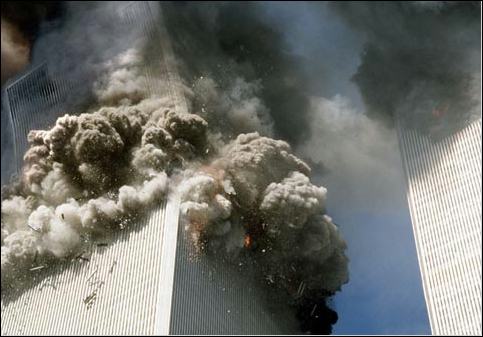 Here is a sampling of how others reacted, starting off with the leading voice of the hate-America-first crowd; the Leftists are not quite publicly in tune with President Obama:

There are Guantanamo prisoners who violated the laws of war and should be tried in military tribunals, but not the existing ones created by Congress in 2006. That law should not be tinkered with. It should be scrapped and those prisoners should be tried under military law. Some prisoners can be transferred to other governments’ custody and some, who committed no crimes, should be released. And, yes, some should be allowed to live in the United States. — the Editors, New York Times

True to his September 10 philosophy, President Obama declared on Thursday that the civilian courts were “tough enough” to convict terrorists. That has never been the question. The problems are that the criminal-justice system cannot apprehend many terrorists (only 29 terrorists, mostly low-level, were prosecuted during the eight years of attacks leading up to 9/11), and that the few trials it manages become intelligence troves for the many thousands of terrorists remaining at large. — the Editors, National Review Online

It is also not true, no matter how many times Mr. Obama and his supporters repeat it, that Guantanamo Bay and enhanced interrogation (or “torture” as they call it) are primary drivers of terrorist recruitment. The principal exacerbating factor in recruitment is successful terrorist attacks. — Andy McCarthy, National Review Online

Excoriating Bush is good politics for Obama, which is what makes his repeated exhortations to look ahead so disingenuous. In his speech, he rued that “we have a return of the politicization of these issues.” In other words: Dick Cheney, please shut up. But when did the politicization of these issues end? Has the Left ever stopped braying about Bush’s war crimes? — Rich Lowry, National Review

Obama sought the high ground yesterday, arguing about laws, values and morals. Again, Cheney had a powerful answer: No moral code requires Americans to commit suicide to spare terrorists unpleasantries. “When an entire population is targeted by a terror network, nothing is more consistent with American values than to stop them,” [Cheney] said. Obama can switch course to reach some “higher” moral plane if he wants. But if he does, he may be putting the nation at risk. — the Editors, New York Post

Also see what the editors at the Wall Street Journal and Bill Kristol wrote.