Defense lawyers and others who advocate on behalf of the detainees at Guantanamo allege Military Commissions would deny their clients a meaningful opportunity to defend themselves in a court of law. They are deceiving you, as the four-page comparison chart below clearly shows. (Click each page to enlarge it. You may also download it and send it to everyone you know.)

As you read the chart, think of 9/11, the bombing of the U.S.S. Cole and our embassies in Africa, Daniel Pearl and al Qaeda’s mutilation and maiming of tens of thousands of people worldwide. The detainees at Gitmo are war criminals who acted outside the laws of war and protections of the Geneva Conventions; Military Commissions would afford them far more human rights than those they gave the people they slaughtered. 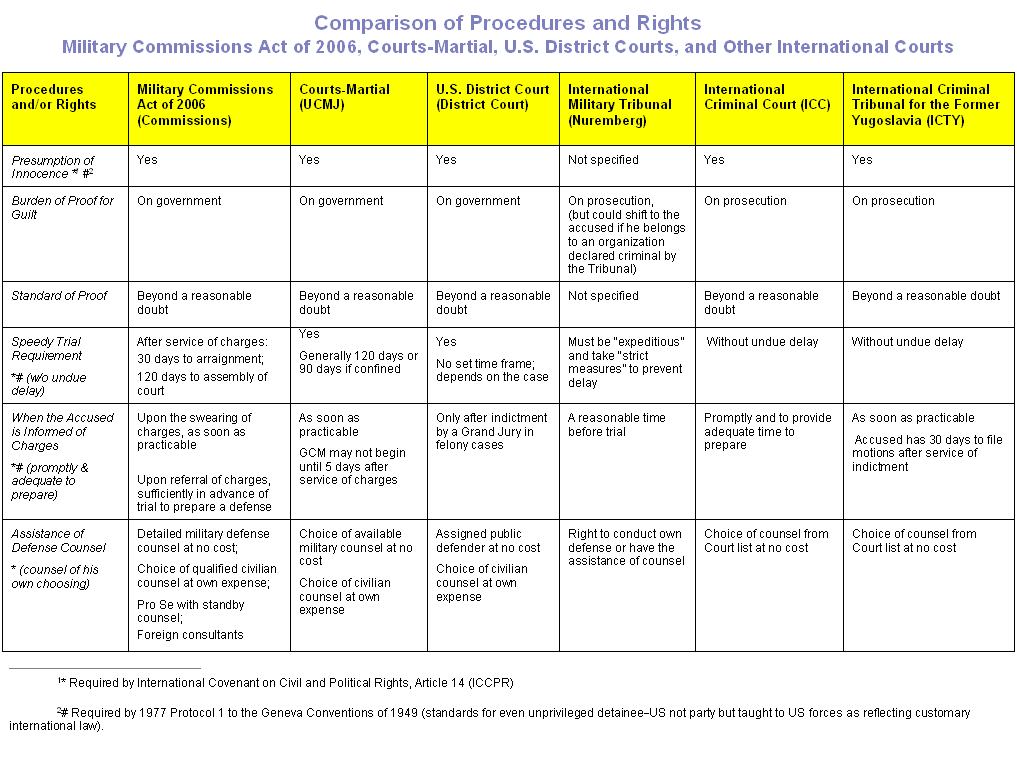 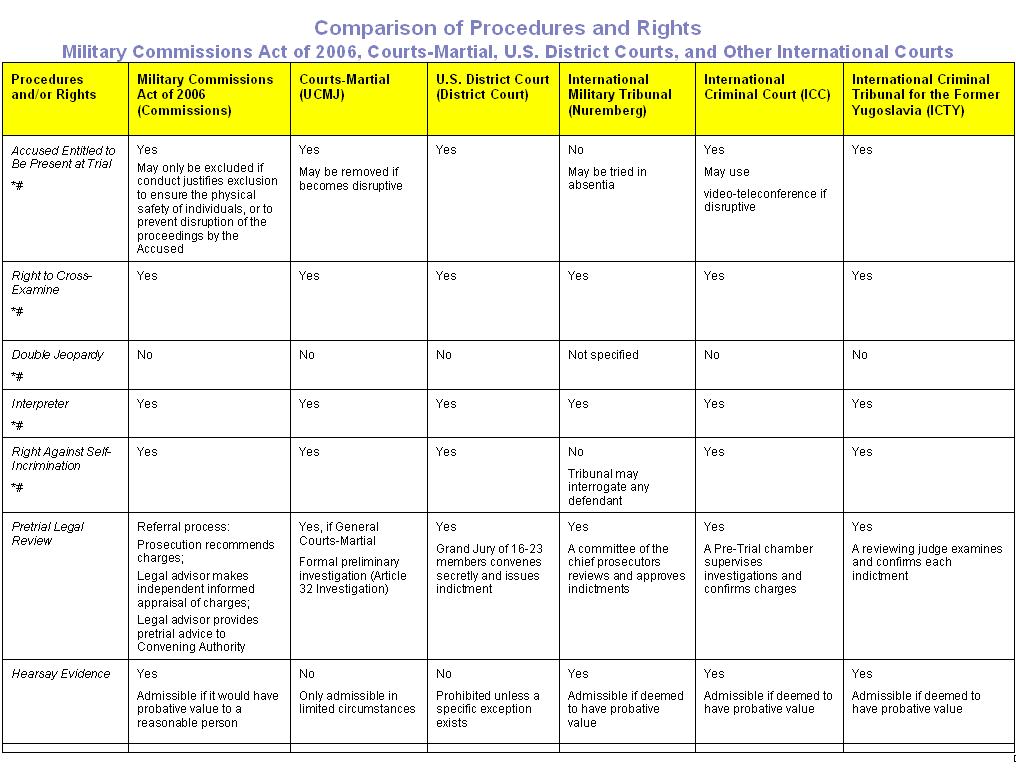 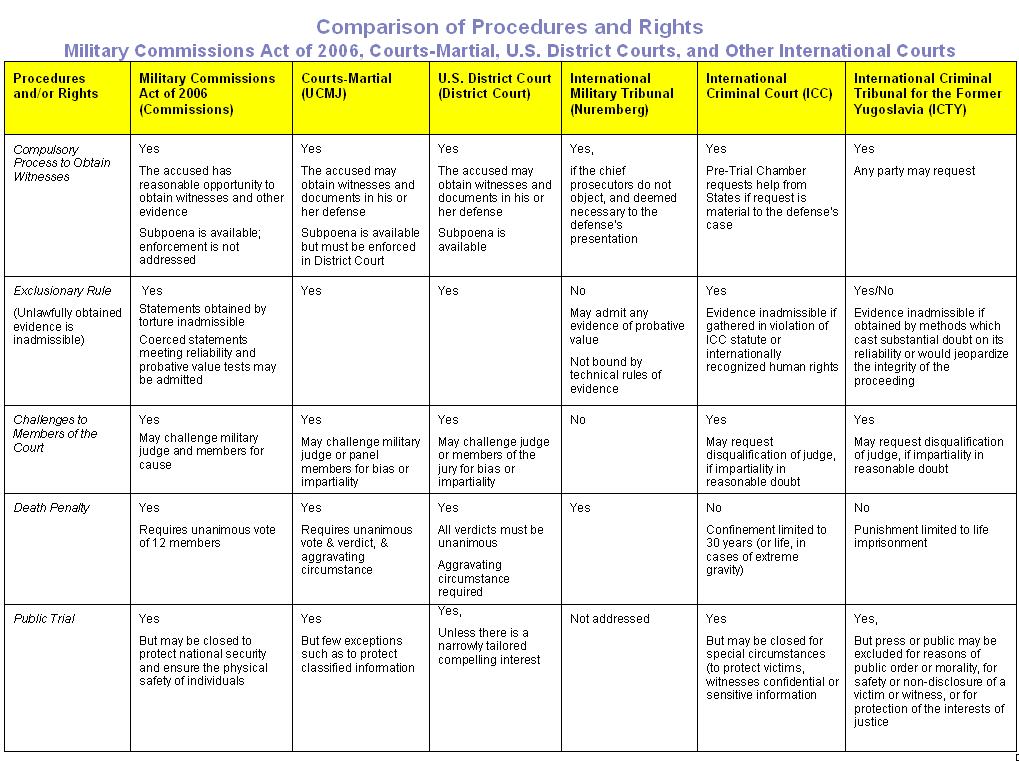 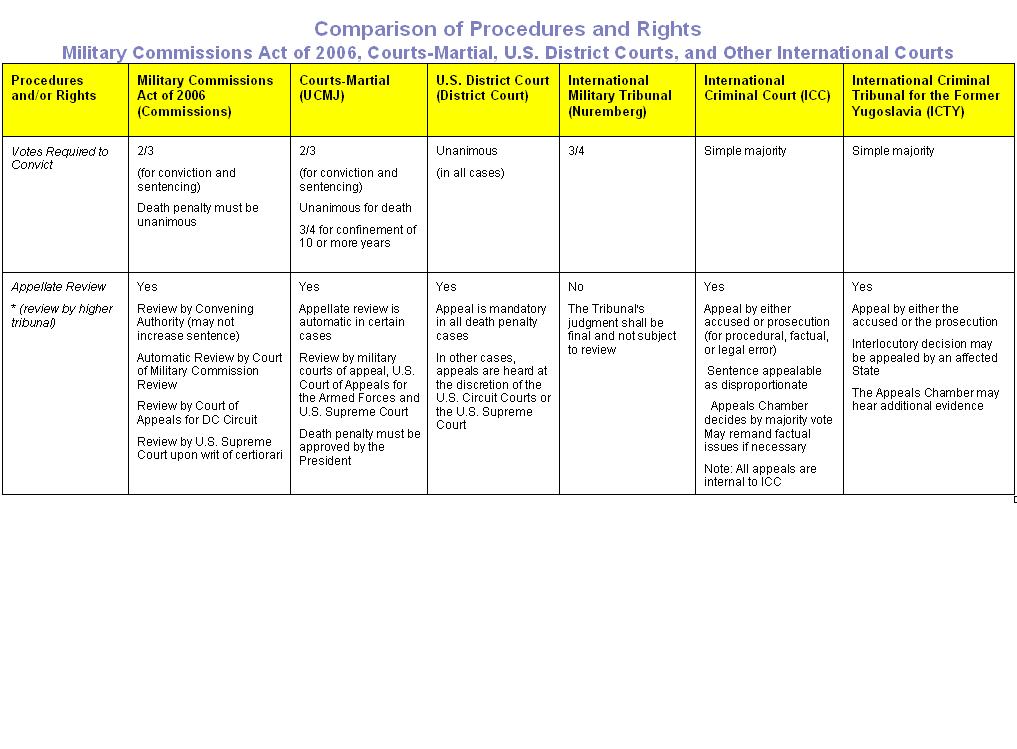 2) President Obama recently administratively changed some Military Commission rules. He granted detainees more rights to choose their counsel, prohibited “the use of statements obtained by cruel, inhuman or degrading treatment, regardless of when the statements were obtained,” and placed the burden on the prosecution to show why hearsay should be admitted into evidence by “demonstrating that a reasonable commission member could find the evidence sufficiently reliable under the totality of the circumstances to have probative value.” The latter comports with international standards.