On November 19, 2002, the Federal Flight Deck Officers program was approved in the Senate, by a vote of 90 to 9, as part of H.R. 5005, “A bill to establish the Department of Homeland Security, and for other purposes.” While Senators Akaka, Byrd, Feingold, Hollings, Inouye, Jeffords, Kennedy, Levin, and Sarbanes all vote against the DHS bill, the Federal Flight Deck Officers portion of the measure had overwhelming support on both sides of the aisle. Three days later, the House passed the final bill without objection and it became Public Law No: 107-296.

The vast majority of those who voted to arm commercial pilots are still Members of Congress so where is the outrage now from them over this?

After the September 11 attacks, commercial airline pilots were allowed to carry guns if they completed a federal-safety program. No longer would unarmed pilots be defenseless as remorseless hijackers seized control of aircraft and rammed them into buildings.

Now President Obama is quietly ending the federal firearms program, risking public safety on airlines in the name of an anti-gun ideology.

The Obama administration this past week diverted some $2 million from the pilot training program to hire more supervisory staff, who will engage in field inspections of pilots.

This looks like completely unnecessary harassment of the pilots. The 12,000 Federal Flight Deck Officers, the pilots who have been approved to carry guns, are reported to have the best behavior of any federal law enforcement agency. There are no cases where any of them has improperly brandished or used a gun. There are just a few cases where officers have improperly used their IDs. Fewer than one percent of the officers have any administrative actions brought against them and, we are told, virtually all of those cases “are trumped up.”

Pilots cannot openly speak about the changing policies for fear of retaliation from the Transportation Security Administration. Pilots who act in any way that causes a “loss of confidence” in the armed pilot program risk criminal prosecution as well as their removal from the program. Despite these threats, pilots in the Federal Flight Deck Officers program have raised real concerns in multiple interviews.

The editorial continues after the image below. 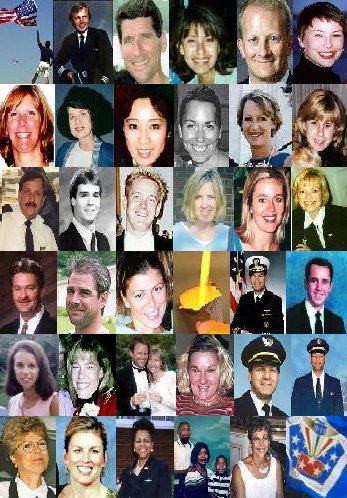 Click on image to view the online 9/11 Flight Crew Memorial.

Arming pilots after Sept. 11 was nothing new. Until the early 1960s, American commercial passenger pilots on any flight carrying U.S. mail were required to carry handguns. Indeed, U.S. pilots were still allowed to carry guns until as recently as 1987. There are no records that any of these pilots (either military or commercial) ever causing any significant problems.

Screening of airplane passengers is hardly perfect. While armed marshals are helpful, the program covers less than 3 percent of the flights out of Washington D.C.’s three airports and even fewer across the country. Sky marshals are costly and quit more often than other law-enforcement officers.

Armed pilots are a cost-effective backup layer of security. Terrorists can only enter the cockpit through one narrow entrance, and armed pilots have some time to prepare themselves as hijackers penetrate the strengthened cockpit doors. With pilots, we have people who are willing to take on the burden of protecting the planes for free. About 70 percent of the pilots at major American carriers have military backgrounds.

Frankly, as a matter of pure politics, we cannot understand what the administration is thinking. Nearly 40 House Democrats are in districts were the NRA is more popular than House Speaker Nancy Pelosi. We can’t find any independent poll in which the public is demanding that pilots disarm. Why does this move make sense?

Only anti-gun extremists and terrorist recruits are worried about armed pilots. So why is the Obama administration catering to this tiny lobby at the expense of public safety?

Update, 1:40 PM: You need to know a little bit more about what is going on at the Transportation Security Administration:

At Pajamas Media, Annie Jacobsen writes that an Oklahoma doctor contracted by the Transportation Security Administration is disqualifying airline pilots from flying armed under the Federal Flight Deck Officer’s program.

I asked Dr. Hogan to speak about subjecting pilots — who are routinely drug-tested, by the way — to the Hogan Test. “There is a distinction between technical talent and emotional maturity. You can fly a plane and be crazy — or at least be a complete hot-head — which is what we find all the time,” Hogan said.
…
Captain Mackett cited an example from the written part of the psyche test — since changed — that asked: “Would you like to be a fighter pilot?” Considering that many commercial pilots are and have been fighter pilots it’s natural that many would answer that question with a “Yes.” According to Mackett, the TSA concluded that these pilots “had overly aggressive personalities and disqualified them from the program.”

Thanks to this doctor and the loony leadership at the TSA, otherwise qualified pilots — who are licensed, trained, and willing to carry firearms — are allowed to fly yet denied the means to aggressively defend their passengers and planes.

Not long ago, The Aviation Nation’s Annie Jacobsen reported the Transportation Security Administration had experienced an 120% turnover in personnel in a mere five years of existence. Not all was lost, however; some of those disgruntled employees are now protecting passengers in-flight:

“Trust me, you do not want to mess with those guys,” [TSA chief Kip] Hawley said. “Anybody who messes with a flight having a TSO on it who is now an air marshal will be dead.”

Trust him? He has to be kidding.