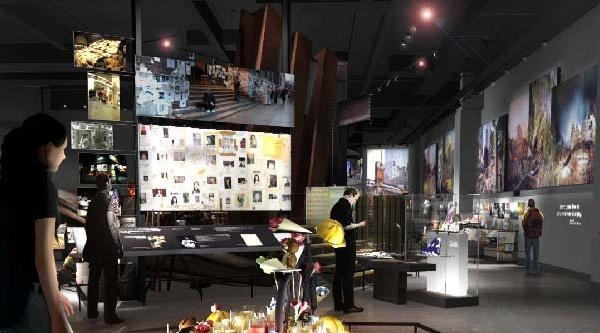 Over the past several months, we have watched with growing concern as the National September 11 Memorial Museum has become the focus of a public dispute over funding. We are deeply disappointed that the Port Authority of New York and New Jersey, the government agency over which you are jointly charged with oversight and control, has brought this important historic project to a standstill. As 9/11 family members who have been personally involved in the development of the Memorial and Museum, we refuse to stand by while the individuals you appointed — and whose actions you have the power to veto — allow this vital project to founder.

It is bitterly ironic and cynical in the extreme for the governors of New York and New Jersey — states which lost the most people on 9/11 — to express concern for the “long-term stability” of the 9/11 Memorial Foundation even as your appointees at the Port Authority seek to raid the foundation’s charitable coffers, essentially nullifying by several times over the amount of federal assistance for which you recently voiced your support.

The Memorial and Museum Foundation has raised more than $435 million in private donations from 900,000 mostly small donors. To date, the Foundation has achieved every fund raising goal, has met every contractual obligation, and has diligently worked in good faith to fulfill its dual obligations to the memory of our loved ones and to the public trust.

We believe that the Port Authority is now engaged in a dishonest and dishonorable effort to exploit the Foundation’s successful and disciplined efforts in order to offset its own reckless and irresponsible fiscal mismanagement. In short, the PA is seeking to use the public’s heart-felt support of the 9/11 memorial and museum as an easy source of revenue to help pay for its own oversized, under-budgeted, poorly-managed capital projects (see the $3.5 billion PATH station lobby, serving a mere 50,000 commuters, originally estimated to cost $1.8 billion; see also, the PA’s $25 billion capital plans — scaled back from $33 billion after public outrage.) That is despicable.

Ten years ago, we witnessed devoted recovery workers clear 1.8 billion tons of twisted steel and concrete, putting their lives on hold, focusing only on what they perceived was their solemn duty to their fellow human beings. It took these honorable men and women nine months to bring order out of chaos.

It has now been nine months since the Port Authority sent workers off the site, creating new chaos out of order. The museum opening, slated for this September, has been indefinitely delayed. It will not open before 2013. Every month of Port Authority delay ensures that costs continue to rise.

We ask that you direct the Port Authority to honor their contract with the Foundation, immediately restart construction of the National September 11 Memorial Museum, and finish the job.

Respectfully submitted,
[signatures after the jump]