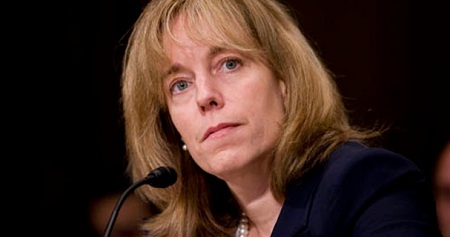 Recently, NYPD Commissioner Ray Kelly and the NYPD have come under fire for their just pursuit of those who would carry out terrorist attacks in New York City. Among those who are calling for Commissioner Kelly’s resignation is the Council on American-Islamic Relations (CAIR), a radical organization which counsel’s Muslims not to co-operate with the FBI and advocates the implementation of Sharia law here in America. We believe that CAIR and those who are criticizing the NYPD are engaging in a strategic campaign, under the banner of political correctness, to intimidate others into the silent relinquishment of our right to security.

This coming Monday, March 5th, members of the 9/11 community will stand in solidarity with the American-Islamic Leadership Coalition (AILC) at a press conference at 1 Police Plaza in NYC as they voice their support for Commissioner Kelly and the NYPD. The AILC is a diverse group of more than 20 Muslim leaders and organizations from all over North America who believe in secular government, religious pluralism and freedom of speech. They are standing up for America’s way of life under the U.S Constitution. AILC’s leader, our friend, Dr. Zuhdi Jasser, is a practicing physician who served in the U.S. Navy as a lieutenant commander. The son of Syrian immigrants, Dr. Jasser is a tireless advocate for the American ideal of freedom of conscience and rule of law under the U.S. Constitution.

Please join us at 1 Police Plaza Monday morning at 10am to show your support for the NYPD and to stand with the American-Islamic Leadership Coalition. (see their media advisory below/attached)

WHO: American Muslims under the leadership of the The American Islamic Leadership Coalition (AILC), representing over 20 North American Muslim organizations and activists will come together in New York City to demonstrate their support of the New York City Police Department (NYPD). The event will feature remarks from Dr. M. Zuhdi Jasser, President of the American Islamic Forum for Democracy; Tarek Fatah, Founder of the Muslim Canadian Congress; Manda Zand Ervin, Founder of the Alliance for Iranian Women; C. Holland Taylor, Chairman and CEO of the LibForAll Foundation; and Congressman Peter King (R-NY), Chairman of the House Committee on Homeland Security.

WHAT: A press conference by a diverse, broad based group of American Muslim leaders who have come together to address recent controversies surrounding the counterterrorism programs of the NYPD. The public discourse concerning Muslims and NYPD has been dominated by a perception that American Muslims feel targeted. This press conference will give voice to a large coalition of American Muslims who feel otherwise and reject Islamist representation of their voices. AILC stands with the NYPD in its belief that the best way to fight terror is to identify its roots causes and address them head on.

ABOUT AILC: The American Islamic Leadership Coalition (AILC) is a diverse coalition of liberty-minded, North American Muslim leaders and organizations. AILC’s mission advocates for defending the US Constitution, upholding religious pluralism, protecting American security and cherishing genuine diversity in the faith and practice of Islam. AILC provides a stark alternative to the Islamist organizations that claim to speak for what are diverse American Muslim communities. For more information on AILC, please visit our website at AmericanIslamicLeadership.org