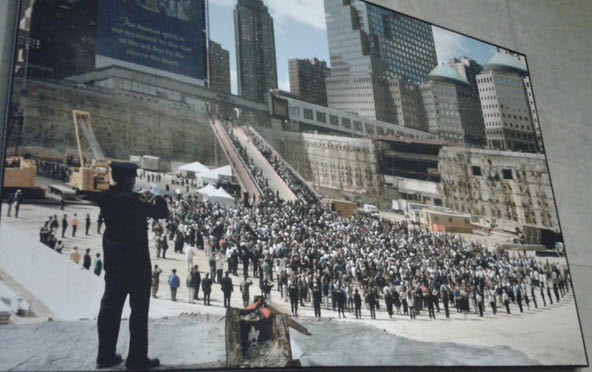 Before the Patriot Act, the FBI would have been stymied had it conducted a counter-terrorism investigation involving a now infamous American agent of a foreign power.

Anwar al-Awlaki was born in the United States.

Apparently, Senators Rand Paul and Mike Lee believe the only thing worth remembering about him is President Obama “illegally” had him killed in Yemen using a Hellfire missile. (No matter that al-Awlaki: had sent “panty bomber” Abdulmuttalab to blow up a passenger plane over Detroit; attempted to blow up a DHL cargo airplane in flight; had become the well-publicized spiritual leader of Al Qaeda in the Arabian Peninsula (AQAP); and was heavily guarded in Yemen’s remote tribal areas – sending Americans into those wilds to arrest him would have been difficult and dangerous.)

Others vividly recall that al-Awlaki twice met with 9/11 hijackers.

I agree with former federal prosecutor Andrew C. McCarthy that the collection of metadata should be abolished. Further, I agree that federal judges are unqualified to conduct national security. Republicans and Democrats in Congress have repeatedly abdicated their oversight responsibilities of our intelligence community. Now, some Republicans are seeking to give the FISA court even more authority; far too many Democrats – who seek to vest America’s foreign enemies with our Constitutional Rights – are cheering them on.

Senators Paul and Lee seem to assume America could also safely let the business records and roving wiretap provisions of the Patriot Act expire after March 15, 2020.

Yet Americans would be less safe, and what would have happened had the FBI investigated Anwar al-Awlaki before 9/11 helps to demonstrate why. He was an American and without a suspected crime to bring before a federal criminal court judge, the FBI’s counter-intelligence investigators would have needed to clear each subpoena for business records and wiretap with the FISA court.

In late 1999, Saudi Arabia informed our CIA that members of al Qaeda were about to meet in Malaysia. While Khalid al-Mihdhar was en route to there, the CIA had a foreign intelligence agency enter his hotel room and copy his passport which included an open-ended visa to the United States.

Khalid al-Mihdhar was known by the FBI to be the son-in-law of Ahmed al-Hada who ran al Qaeda’s telecommunications relay in Yemen. In 1998, U.S. embassy (Nairobi) bomber Mohamed Rashed Daoud Al-Owhali told the FBI he called al-Hada’s phone number to relay messages to Osama bin Laden. The FBI’s NYC field office was investigating the two embassy bombings and conducting counter-terrorism investigations of al Qaeda; al-Mihdhar entering America would have caused the FBI to investigate.

In January of 2000, the CIA failed to inform the FBI that future hijacker al-Mihdhar had a visa to enter the United States.

That April, the CIA then failed to tell the FBI that al Qaeda member and future hijacker Nawaf al-Hazmi (who the CIA observed with al-Mihdhar in Malaysia) arrived in Los Angeles from Thailand on January 15, 2000. The CIA did not know that al-Mihdhar was also on that plane; the agency with the authority to investigate inside the United States (the FBI) soon discovered it after 9/11.

Further, in 2006, the CIA’s Inspector General reported that none of the “50 to 60” people at the CIA who read – before 9/11 – about al-Mihdhar’s visa and al-Hazmi’s arrival in Los Angeles had complied with the CIA’s own directive requiring those officers to place the two on the terror watch list.

What if the CIA had ensured their January 2000 cable was sent to the FBI? And what if the FBI placed al-Mihdhar on the terror watch list, opened up an investigation, and he was spotted when he arrived in Los Angeles the following week?

To that point, al-Mihdhar and al-Hazmi had committed no federal crime. It would have necessitated an intelligence investigation that would have almost certainly led to al-Awlaki.

And al-Awlaki’s travels almost certainly would have led the FBI to Hamburg, Germany. (More on this in a moment.)

An FBI informant lived in the same apartment complex and socialized with al-Hazmi and al-Mihdhar. The latter had a home phone for his apartment, using his real name, and was listed in the San Diego directory. But except for nine phone calls to his father-in-law’s number in May of 2000 after his wife gave birth in Yemen, he did not use that phone to communicate with anyone involved in the 9/11 plot. (The NSA did not routinely investigate calls between known foreign threats and those in America before the Patriot Act due to, as former FBI Director Robert Mueller later testified, “an abundance of caution for the privacy of U.S. persons.”)

The FBI’s informant also observed two Saudi Arabians from those once secret ‘28 pages’ socializing with al-Mihdhar and al-Hazmi. One of those Saudis lived in that same apartment complex in San Diego. Both regularly attended prayers services conducted by al-Awlaki. Both received significant funding from the Saudi government (which had also funded the mosque).

If fact, one of those Saudis brought al-Mihdhar and al-Hazmi to meet al-Awlaki at that mosque within days of their arrival in January of 2000.

The other Saudi communicated with Ramzi bin al-Shibh in Germany by both phone and email several times during 2000 supposedly (per those emails) looking for a wife to marry.

That same Saudi’s last communication with bin al-Shibh was in December 2000 just days after al-Hazmi and Flight 77 hijacker pilot Hani Hanjour moved from San Diego to the East Coast. (al-Mihdhar left the country in June of 2000 and returned to America in 2001.) Hanjour and al-Hazmi then visited al-Awlaki at his new mosque in Virginia. The latter had moved there during the fall of 2000.

Anwar al-Awlaki traveled extensively. That same fall, he spent a week in Europe including several days in Hamburg, Germany. The first thing a hotel there asks for when you register is your passport to confirm your identity. Strangely, Germany’s investigators were unable to find out where al-Awlaki stayed while there.

Atta and bin al-Shibh operated out of Hamburg.

Atta first came to America in June of 2000 and he traveled frequently. After 9/11, the FBI’s search of flight records revealed a Mohamed Atta flew on the very same flight number – just one day later – direct from Frankfurt to San Francisco as al-Awlaki did immediately after visiting Hamburg. The FBI never determined either Atta’s or al-Awlaki’s whereabouts for several days after those flights. Then, al-Awlaki showed back up in San Diego and Atta traveled to the East Coast a few days later.

Andrew McCarthy pointed out that the business provision of the Patriot Act, “also known as Section 215, simply gives intelligence agents the same kind of power that criminal investigators have to compel production of documents.” Before the Patriot Act was enacted, the FBI could not issue a subpoena, a National Security Letter, concerning al-Awlaki during an intelligence investigation.

When al-Awlaki returned from Hamburg, the FBI would have had to go to the FISA court every time they needed business records as they tracked him after he arrived in San Francisco and perhaps met with Atta.

How did al-Awlaki communicate ahead of time with those he visited with in Hamburg during the fall of 2000? After 9/11, the FBI did not find communications from his known devices to anyone in Hamburg. Yet had they conducted an intelligence investigation, they would not have been authorized to conduct a roving wiretap of his communications; the law, prior to the Patriot Act, did not authorize it.

Perhaps the Saudi who called and emailed Ramzi bin al-Shibh communicated for him with al-Awlaki’s hosts in Hamburg. Or perhaps al-Awlaki used other phones or communication methods such as emailing from computers outside his home. Alas, we’ll never know.

If the Patriot Act provisions expire, we will resume taking the same risks we took while an American agent of al Qaeda assisted in the mass murder of 3,000 people here. We’ll risk another 9/11 – or worse. President Trump and every Member of Congress should take that into consideration.